DVLOP Presets for Lightroom - The Basics

(FOR ADOBE LIGHTROOM AND ACR)

For Lightroom Classic and ACR users

When editing a Raw file from a DVLOP supported camera, Lightroom or ACR will automatically detect you camera model and apply a custom Dual Illuminant color profile built specifically for your sensor. When changing the white balance, Lightroom or ACR will create a custom blend between the two unique illuminated portions of the profile to allow for color accuracy from camera system to camera system across the white balance spectrum. This means your DVLOP presets will look nearly identical to the artists intent regardless of the camera system you shoot.

We are constantly adding new cameras and usually support most major camera releases at or around the same time Adobe adds support.

For Lightroom (Non-Classic) Desktop and Mobile

All packs include a modified version of the presets that can work without the need for the Dual Illuminant camera profiles on Lightroom Desktop and Mobile. These presets can be used to sync with raw files across systems, but they can also be used on non-raw photos and photos directly from your mobile device. 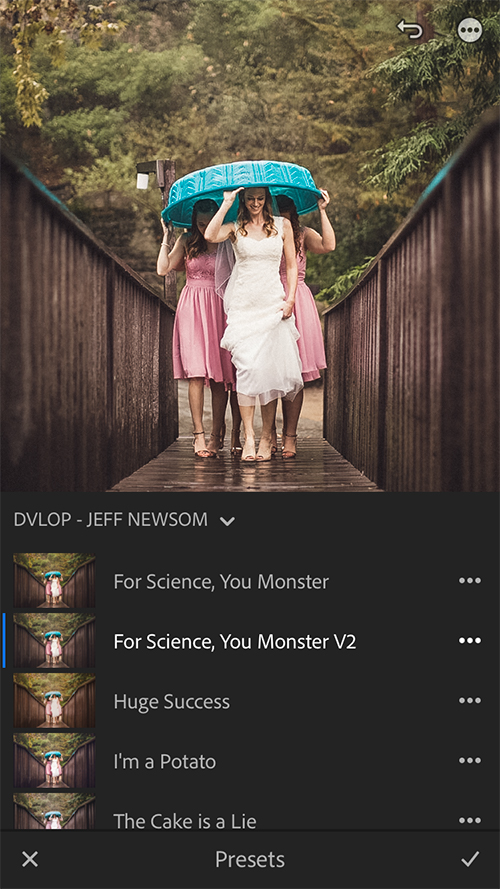 How to sync DVLOP presets to Lightroom Mobile:

For Lightroom Classic and ACR

DVLOP has introduced a system of modular presets that intuitively spur creativity. Most DVLOP preset packs include additional components made for natural mixing of styles.

DVLOP presets are divided into a few powerful components. This modular approach will allow our presets to be either (1) a simple and efficient tool built for speed, or (2) a more advanced engine to create completely new styles. We will detail both paths in this section.

Let us begin with the basic components: 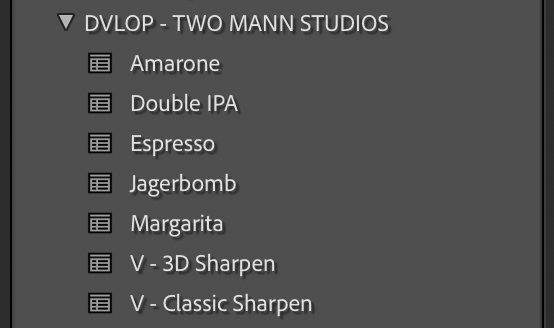 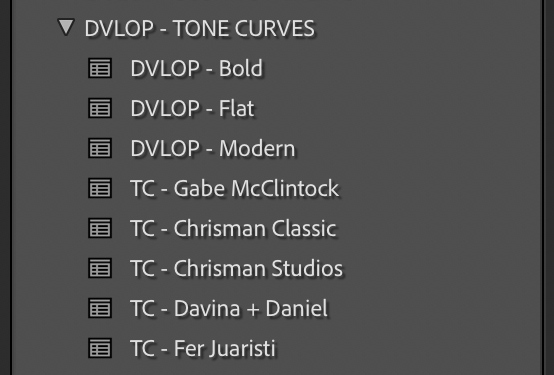 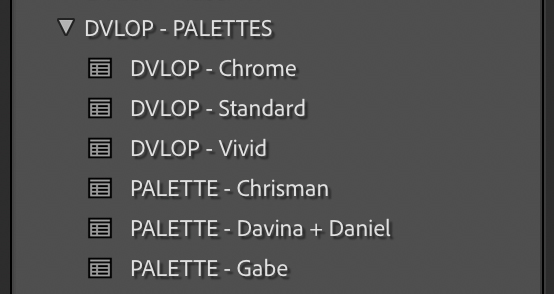 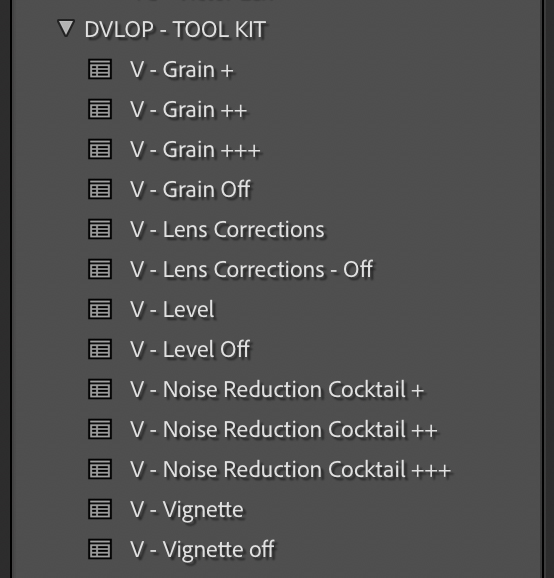 THE SIMPLE EDIT - We will start with this image by Gabe McClintock. 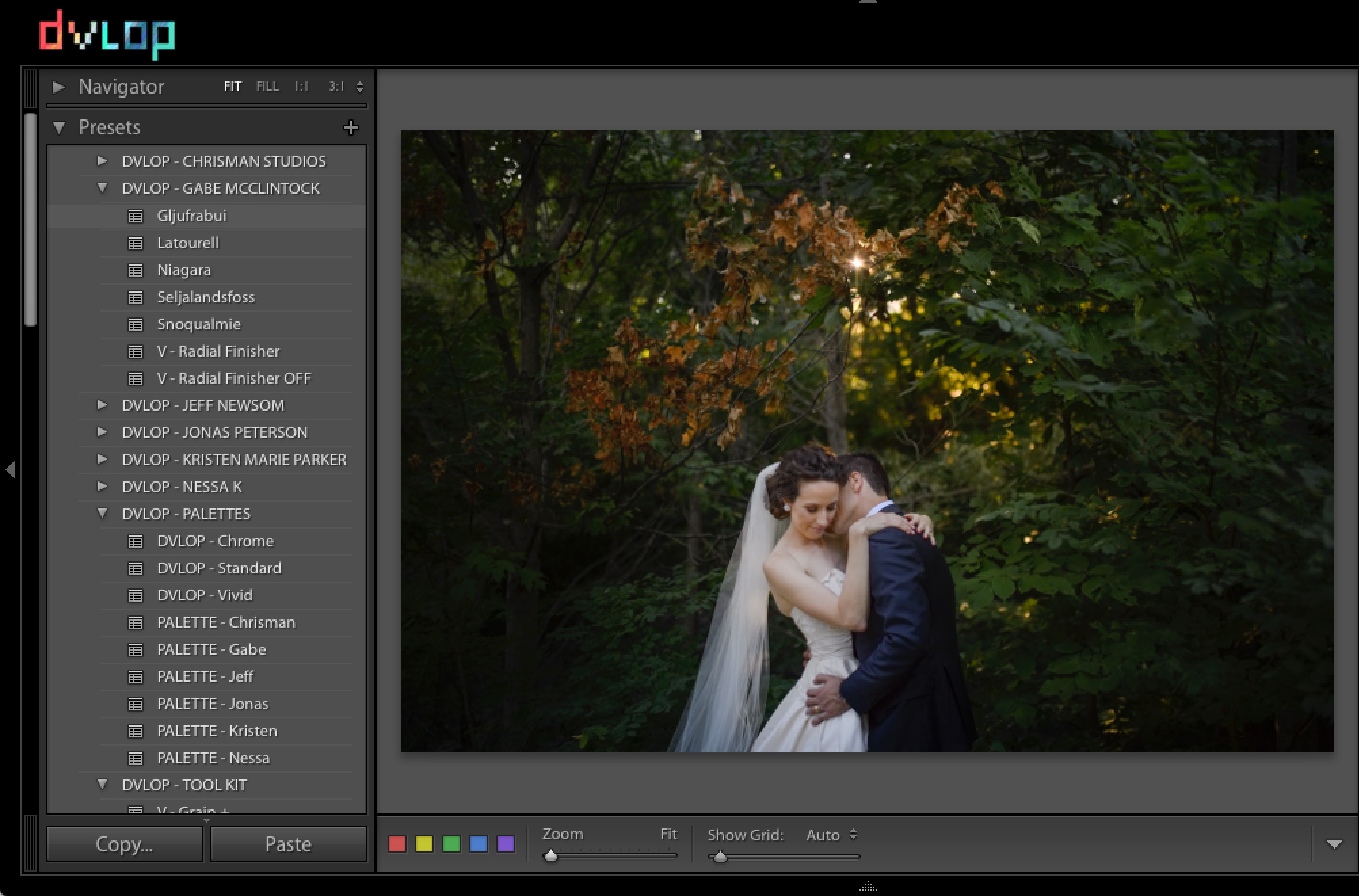 Simply click on the preset you would like to apply.  We will select Gljufrabui for this demo. 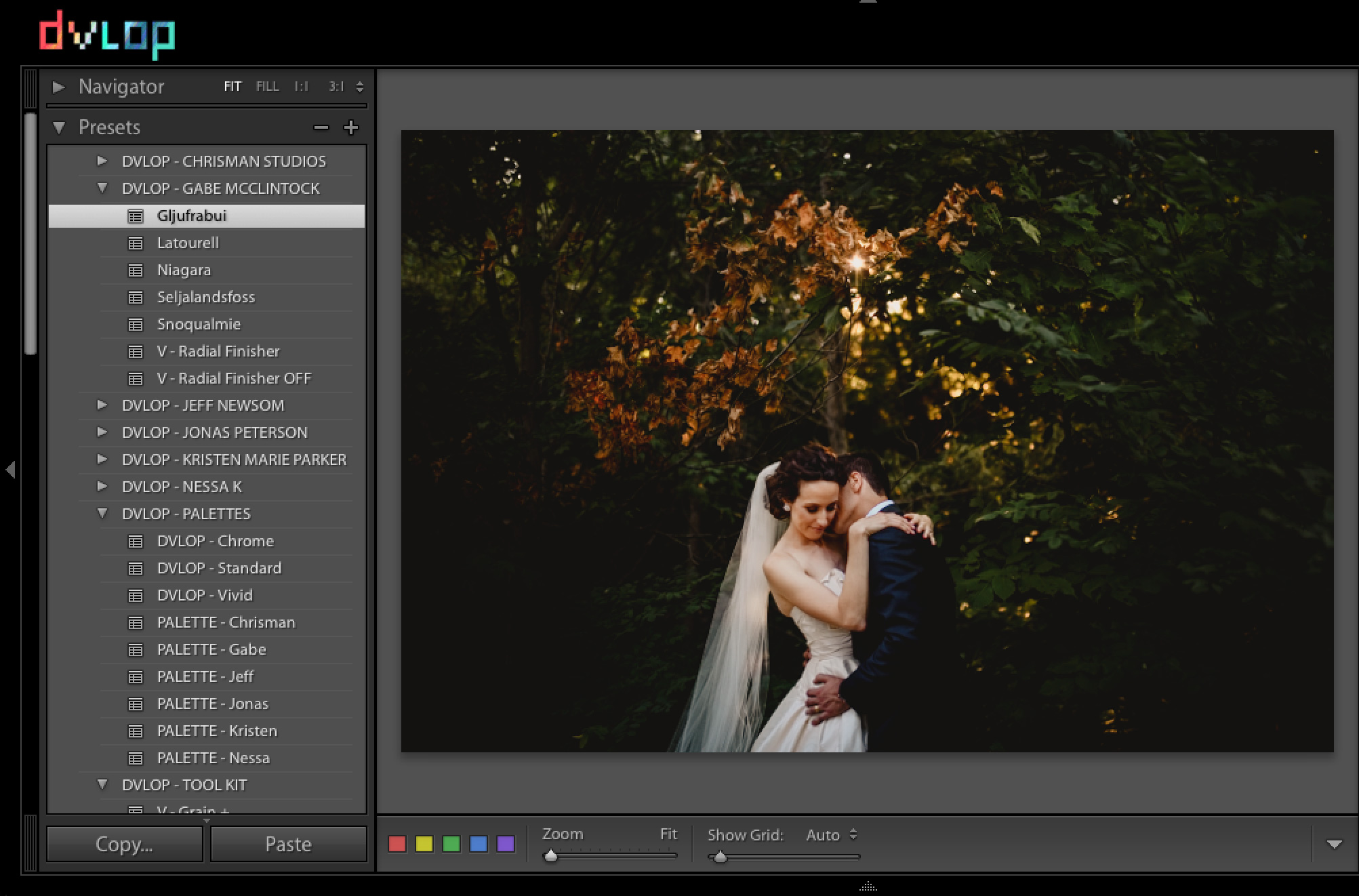 Often times we will need to make a simple exposure adjustment in the Basic panel. I feel this image needs a slight boost of +0.25 .

We will also try out Gabe’s Radial Finisher tool to add another level of depth and artistic polish. 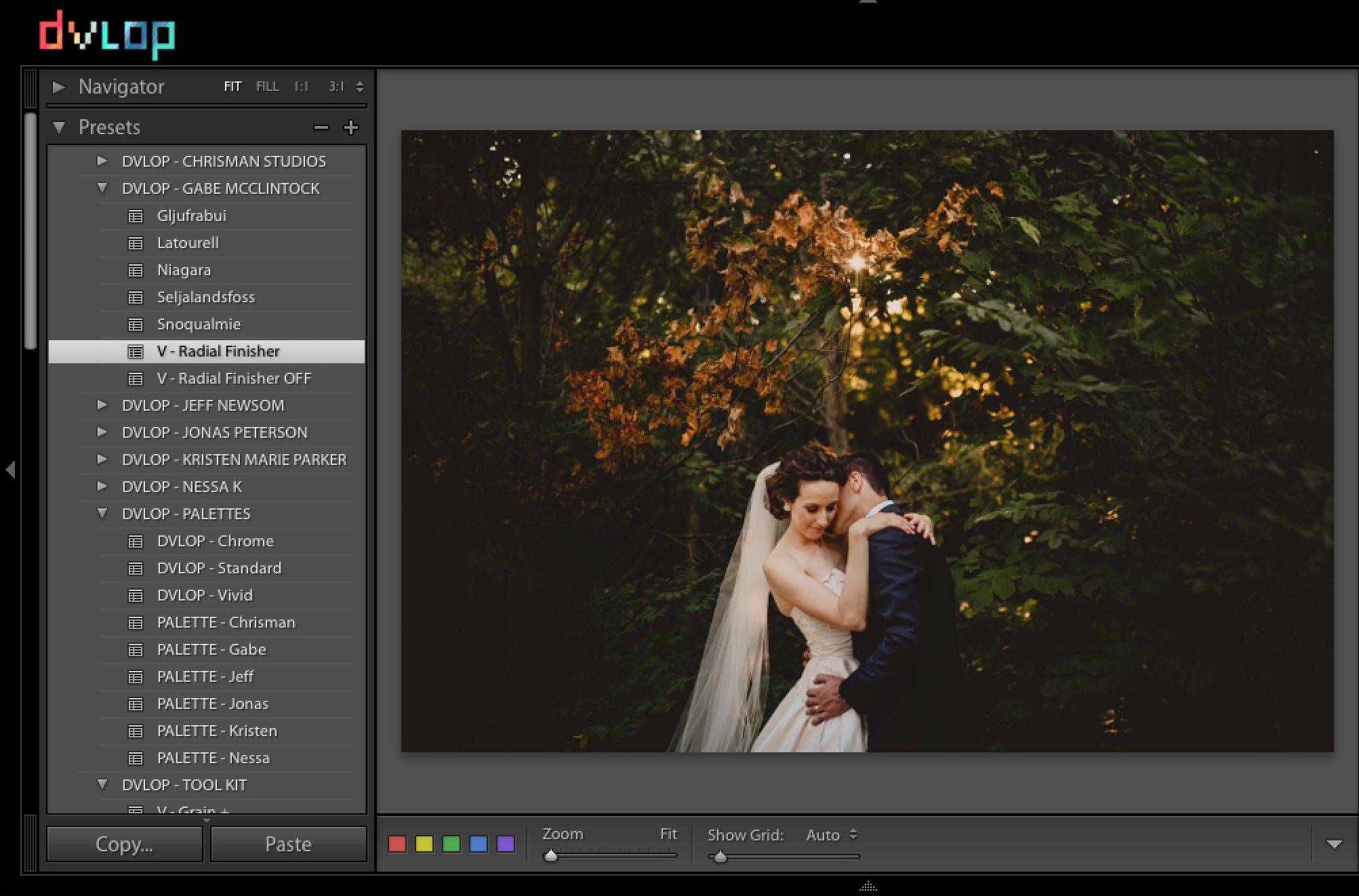 Let us compare our simple edit with our starting point:
TAKING PRESETS TO THE NEXT LEVEL - Now, we don’t have to stop there.  It is quite simple to use DVLOP’s modular components to enhance your creativity and create a custom preset.
Let us go to Tone Curves in your Presets and mix in a base tone curve by Jonas Peterson. 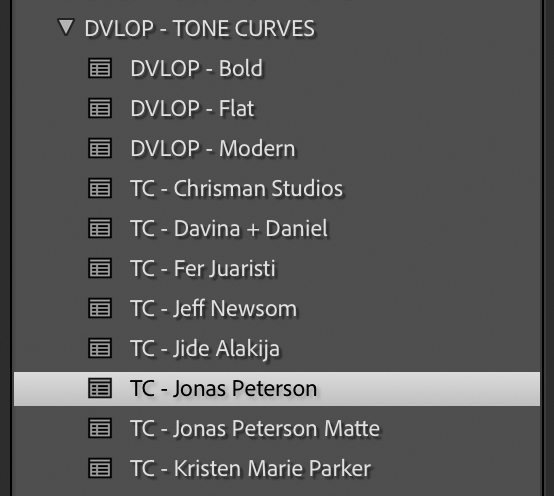 At this point we can modify the complete color palette. Under the Palette presets on the left hand side we will select Jeff Newsom’s palette. 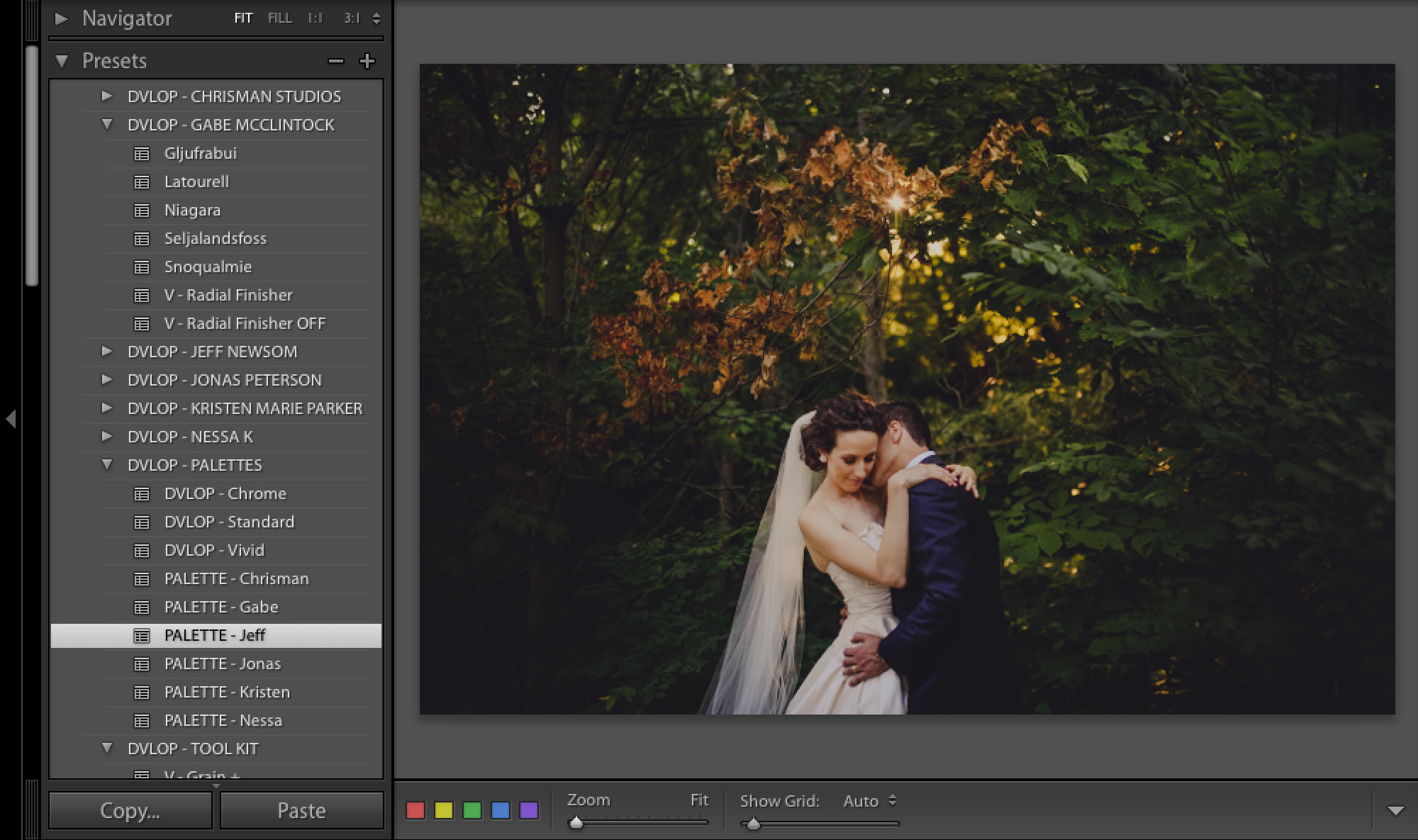 Another level of customization can be achieved with the DVLOP Tool Kit. We will apply Grain + to complete the look. 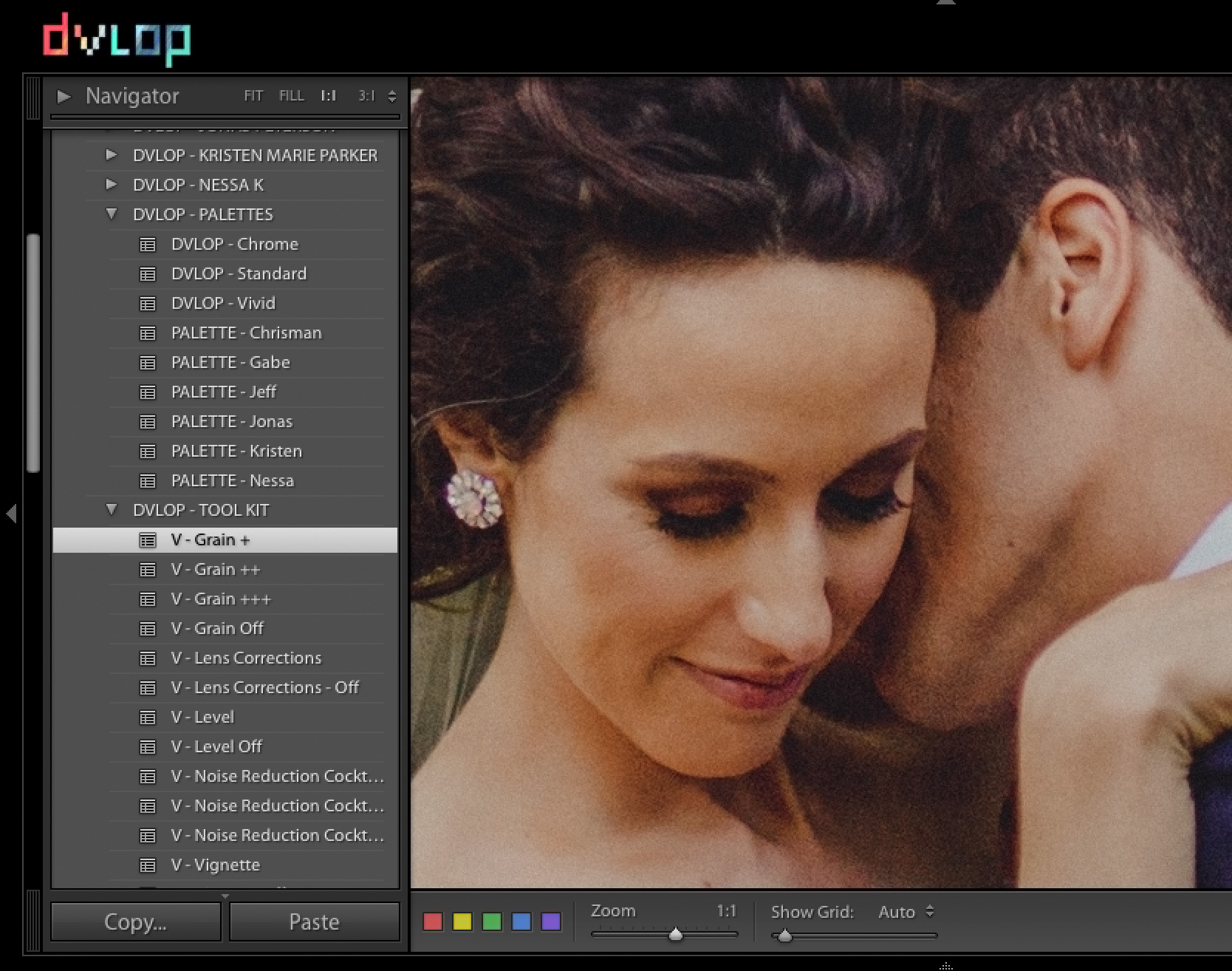 Let's take a look at the before and after.

For Lightroom Classic 7.3 and Later and ACR

Most of our artist specific mixing packs include a second folder of Opacity Control presets.

These presets build on top of our Dual Illuminant camera profiles and use Adobe’s Creative Profile channel to allow for user control over the opacity of the preset itself.

For Lightroom Classic 9.3 and Later

DVLOP presets will automatically adapt to the ISO settings for each individual image.  They might, for instance, introduce a relative amount of noise reduction and modify sharpening automatically when it detects the raw file was shot in low light at a higher sensitivity.  This all takes place automatically and can significantly speed up workflows.